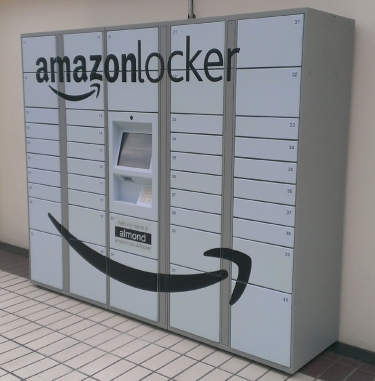 I did two utterly unremarkable things this week in 1985, but they were exactly the kind of things I started followthehumming to help me spot.

First off, I went to the university library twice to do some research on Swedish canals (sounds odd I know, but don’t be alarmed, I’ve written before about how this forms part of my secret superpower). The library itself was about three miles away, so going there wasn’t a decision to be taken lightly, eating as it did into valuable drinking time.

Secondly, I waited at home all evening for a phone call that never came (don’t worry, I’m over her now – or at least I was until I started re-reading my diaries!).

What on earth was I thinking? Why didn’t I just turn on my tablet, connect to the nearest wi-fi and do my research sitting in Starbucks? Or just put my mobile on vibrate and head to the nearest bar to drown my sorrows in anticipation of what was about to happen?

Clearly the fact that the technology involved was a distant dream at the time didn’t help, but what these stories really bring to life is the very different relationship we had with ‘place’ in the 80’s.

Back then, place sat high on the list of stuff you needed to keep an eye on. If you agreed to meet someone somewhere at a certain time, the arrangement was locked and loaded. Once things were under way, you couldn’t alter your plans without leaving someone stranded. Today, we don’t even agree to meet up, we just agree to agree to meet up later, details to be confirmed – with at least the one consequent benefit of it now being very hard to be late for anything.

Activities happened in predictable places. Phone calls were taken wherever the phone was  plugged in – a draughty hall in my case. Watching TV happened in the living-room with everyone crowded round, rather than in isolated pockets of the house and on lots of different devices. Books were browsed and bought in a bookshop. ‘Computing’ happened three feet in front of the television into which you’d plugged your ZX-81. Video games were played in a seedy arcade. Listening to your music library happened wherever your parents had set up their ‘Music Centre’ – the enormous record-and-cassette-tape-playing monster that has now been replaced by the ubiquitous iPod. Even living itself was location-specific, and took place either in the kitchen or the living-room, probably the only two rooms where your mum and dad thought it was acceptable to turn on the central heating.

Place continues to evolve. With Amazon Locker, the world’s largest online retailer has decided that even the home is not sacrosanct. The items you’ve bought from them can now simply be delivered to you as an individual – wherever you are.

As technology changes, so the idea of place is gradually becoming more fluid and more personal.

Place feels less and less like something external with which we interact.

Instead, it has started travelling with us.